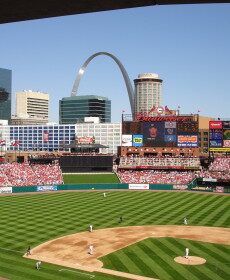 by Michael J. Dwyer, Principal and Head of Plan, Cost & Review Group Construction costs are starting to creep up in most major markets. Arena and stadium costs are also increasing. Many construction costs related to stadiums, arenas, and ballparks are higher than standard construction, due to many factors. A typical new stadium is often built adjacent to an existing stadium and the sequencing of demolition of the old, to make way for the new, often brings challenges. Some of the stadiums are built on a footprint that actually encompasses a portion of the old footprint, so sequencing of the… Read More 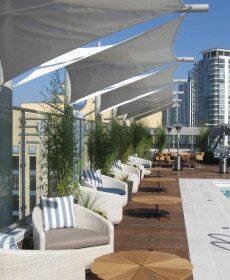 by Michael J. Dwyer, Principal and Head of Plan, Cost & Review Group A leading indicator of future non-residential construction spending hit a seven-month high in September 2013, which has many experts predicting a greater-than-expected 17% boost in commercial construction in 2014. The Architecture Billings Index (ABI) produced by the American Institute of Architects continued to accelerate in the fourth quarter of 2013. Improvements in the bank lending environment will help the anticipated growth. A number of investment alternatives are also providing the financing of commercial construction projects. Overseas investors, such as those that comprise EB5 funds, are contributing to… Read More 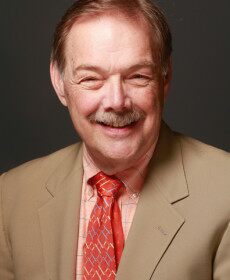 TCR – Thanks for the Memories

by Michael J. Dwyer, Principal and Head of Plan, Cost & Review Group In many careers, it is not always common to meet and work with a great person. In my short career at Merritt & Harris, Inc. I have actually had the opportunity to work with 2 great men; Buzz Harris and Tom Richard. Both of these men were true leaders, mentors, and great friends. Tom Richard is a true friend and was always a great leader. He took the reigns of Merritt & Harris at a time when the construction industry was in tough shape. Tom brought the… Read More 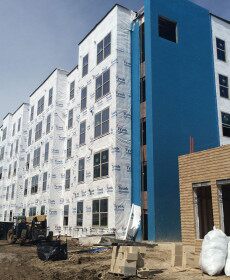 by William McCallion, AIA, LEED AP, Manager of Quality Control & Training  Has the time of high-rise prefabrication finally arrived? Why has the construction industry been so late to the prefabrication party? The automotive, aerospace and even shipbuilding industries have been doing it for decades by utilizing sophisticated 3-D computer modeling to further perfect their design and assembly. Of course, the overriding advantage in these industries is the size of the companies and the number of units they produce. Unlike other industries, building construction tends to be more fragmented with few companies reaching the national or international market; most are… Read More 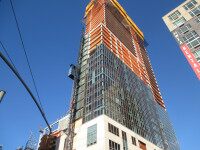 by Mike Dwyer, Principal, M&H Cost & Review Group At the height of the economic downturn, more than 700 construction projects were idled across New York City’s five boroughs, according to the city’s Department of Buildings. Three years later, new construction has returned, and many of the once idled projects are being redeveloped; some are being repurposed. Over $20 billion worth of new construction starts occurred in 2012, primarily due to the groundbreaking of the first office tower at Hudson Yards, for which we are proud to provide construction review and monitoring services. Since the beginning of 2013, another $8.5… Read More